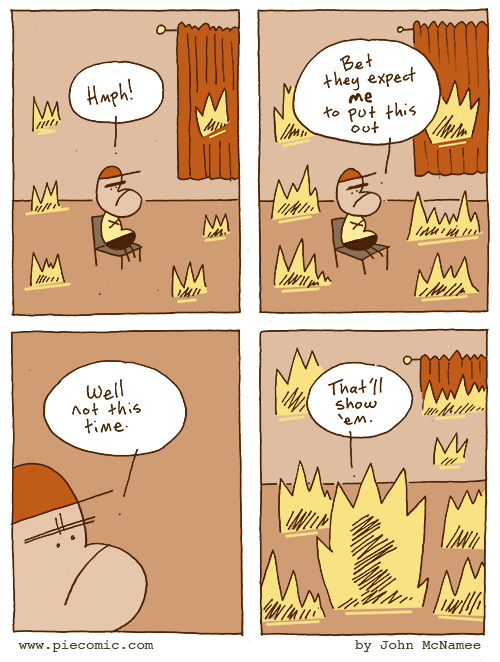 For any fellow SimpleInvoices users – here is a godawful monkeypatch which works around the “blank reports” problem in SI.

A little background: the issue is that phpreports, which is long obsolete code SI uses to generate reports, does call by references in a couple of places. Worse, it does it using the eval() function on a variable populated from an object. I threw up in my mouth a little bit just typing that.

I frankly couldn’t be stuffed to chase everything ALL the way down to the end to find the object method which populates the string and fix IT, but I DID write a simple six line “monkey patch” which at least fixes the output so that reports would work.

In library/phpmaker/PHPReportMaker.php, find the following line:

And IMMEDIATELY after that line, insert these lines:

This changes the function calls eval()’ed in $sRst from pass-by-reference – which looks like myFunc(&$variable) – to pass-by-value – which looks like myFunc($variable). Simple stuff, and somebody should REALLY chase down the actual code which POPULATES $sRst in the first place and fix it in phpreportmaker, but for the moment, this was enough to get reports working again in my SI.

Hope this helped somebody else.﻿

Mercenary sysadmin, open source advocate, and frotzer of the jim-jam. View all posts by Jim Salter

Bad Behavior has blocked 2179 access attempts in the last 7 days.